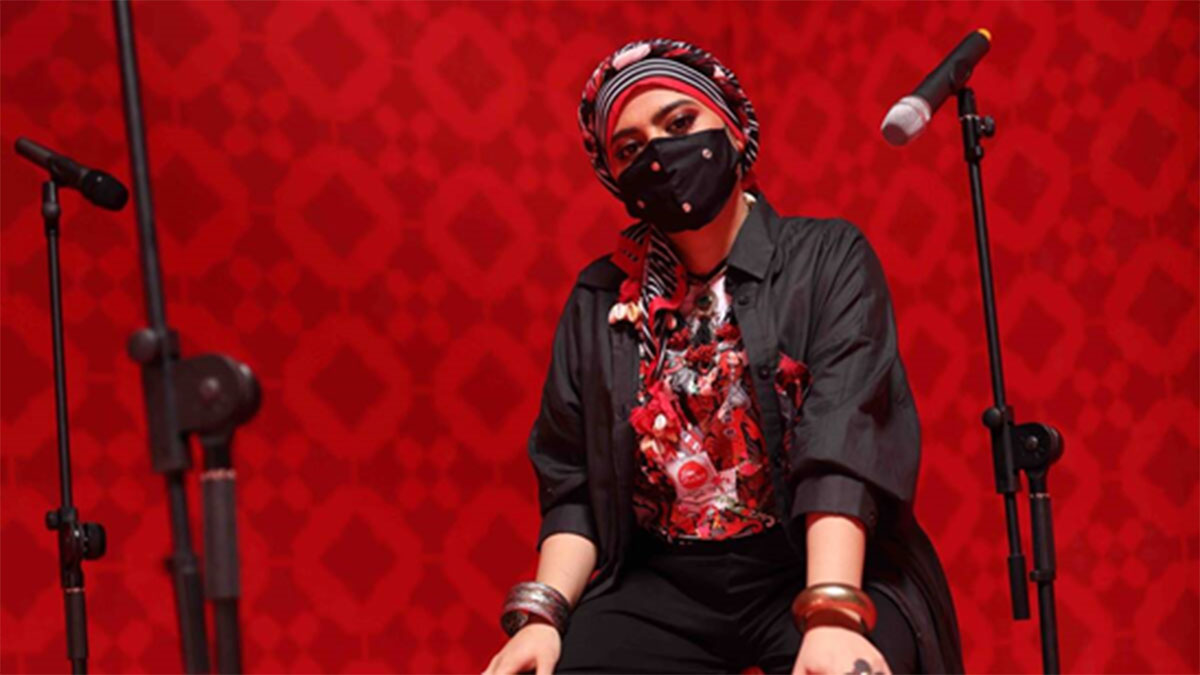 Pakistan’s up-and-coming rapper Eva B has collected millions of views online but when she’s walking through her Karachi neighbourhood, she does so in complete anonymity.

The artist covers her hair with a hijab and a veil falling below her eyes. This allows her to evade the attention of fans and detractors. Inspired by American stars like Eminem and Queen Latifah, Eva B started writing lyrics from her bedroom and posted her tracks to Facebook where she gained quite a following.

Living in a conservative country, Eva B hid her career for a long time. Her rise to fame came when she appeared in a popular TV program called Coke Studio which features rising music stars. Following her appearance, she was featured in a song called “Kana Yaari” whose music clip racked over 16 million views. Her rap career has allowed Eva B to assert herself within her community.